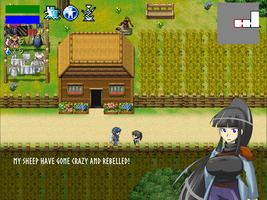 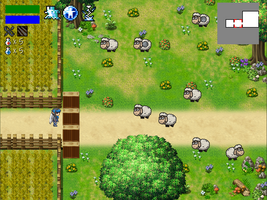 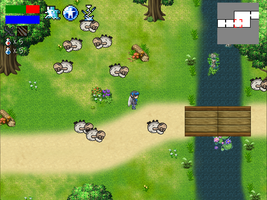 I said last week that I would make a prototype of the game I was working on and here it is. For something I threw together in about a week I think it came out pretty well. Don't expect it to be anything amazing though, the point of this release was to show the gameplay of the real game that's in development. It has a short silly story, and the graphics are cobbled together from assets I had lying around.  I think it's good for 10-15 mins of fun and a chuckle or two though.

Hope you like it! Feel free to leave thoughts, comments, or criticisms!

A short silly top down action rpg that's a prototype for an in development game.